copyrighted by the estate of Garry Winogrand

This episode was entitled “Paper Movies”. The American photographer Garry Winogrand said that he took photographs to “see what the world looked like photographed”.

Photographers have always had this as their mission statement, but the three decades from the late 1950’s onwards was the real golden age of the photographic journey. The Genius of Photography – Paper Movies relives the journeys that produced some of the most acclaimed paper movies. The programme looked at the golden age of street photography from the 1950s and beyond, the age of the photographic roadtrip.

In this episode it shows the seminal work of Robert Frank in The Americans, William Klein’s one-man assault on the sidewalks of New York, the unblinking reportage of Weegee (Arthur Fellig) the Famous, Joel Meyerowitz stalking Fifth Avenue with his Leica, the enduring wit of Garry Winogrands’ charting of the human comedy in Central Park Zoo , British photographer Tony Ray Jones’ everyday people on the beach in which he dissects the eccentricity at the English seaside. Edward Ruscha’s gas stations and finally, William Eggleston’s guide to Memphis and the American South.

Only in England: Photograph by Tony Ray-Jones

It also examines the arrival of colour as a credible medium for serious photographers, as controversial at the time as Bob Dylan going electric.

This is on genre of photography that I would love to look at further as I love the candid shots I see on social networking photo sites such a Flickr, I just do not ‘yet’ have the confidence to take that many shots. I think this is one genre I need to persevere with and get the confidence to try again 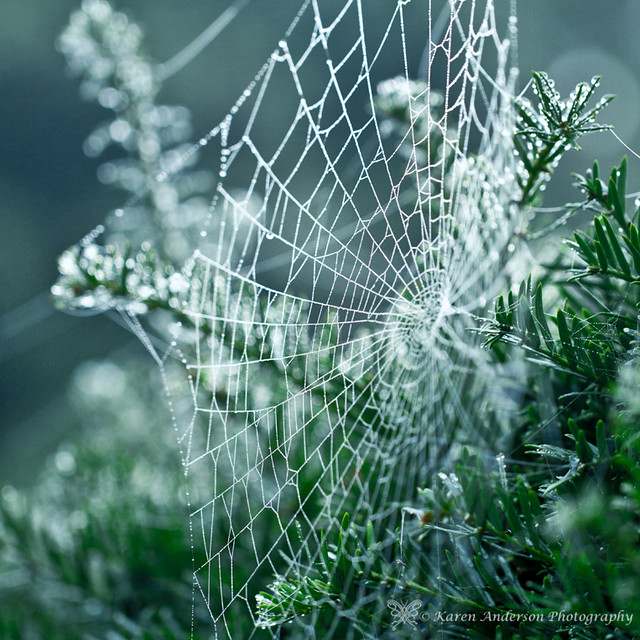 The Daily Post weekly theme this week is the word “Enveloped” and what it means to us.

The photo of the web above came to mind when I first saw the theme for this week. It was a cold misty morning and the droplets of water on the web caught my eye, I just loved the muted colour tones due to the mist enveloping the whole scene. 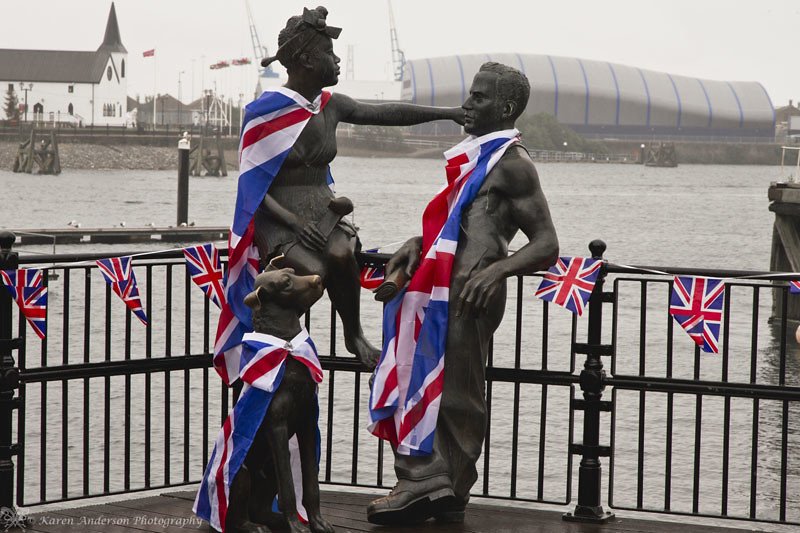 Covered in the Union flag

I have been reorganising my Lightroom catalogues today (well making a slow start at it!) and came across this image from 2012 and thought that it fitted the theme quite well too. These statues in Cardiff had been covered with the Union Flag and added some great colour to what was a very dull rainy day. 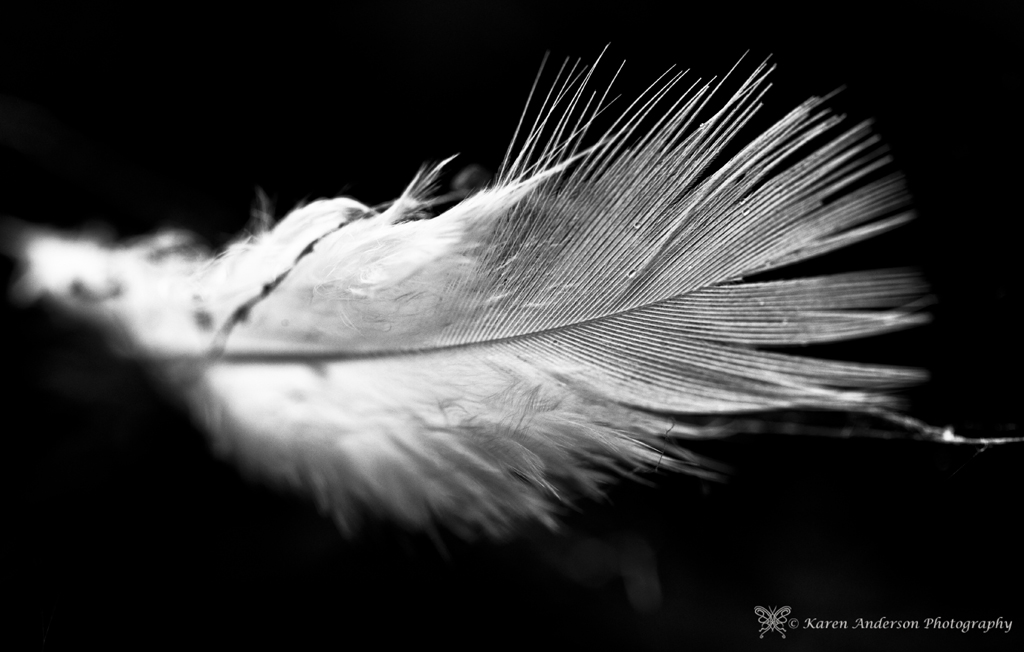 Birds of a feather

Merry Hearts Medicine recently challenged me to participate in the “Black and White Photo Five-day Challenge.”  It has taken me a while to respond but obviously, I have accepted, as I love black and white! 😉

What is this challenge? Well, the goal is to post one B&W photo each day for five days………Part of the fun is to nominate another blogger, one on each day…There is no pressure to accept this challenge after all it’s just for fun! 🙂

As this is now my final day of the challenge 😦 There are so many bloggers that I could nominate here as I love seeing what others come up with for challenges like this, so today, I am going to break the rule and nominate any readers of my blog who would like to take part in this challenge. It is fantastic fun and well worth doing, especially if you have not tried black and white photography before, I am sure you will be pleasantly surprised. 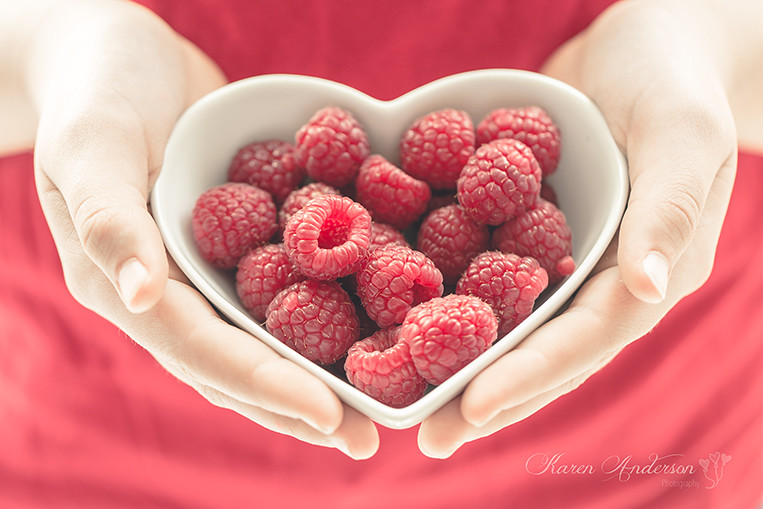 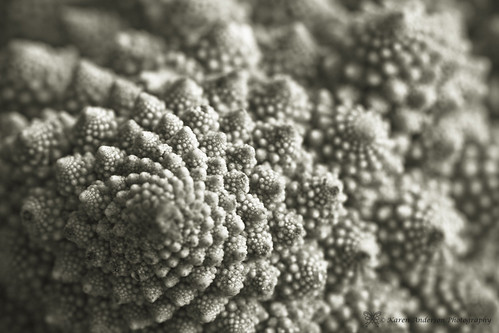 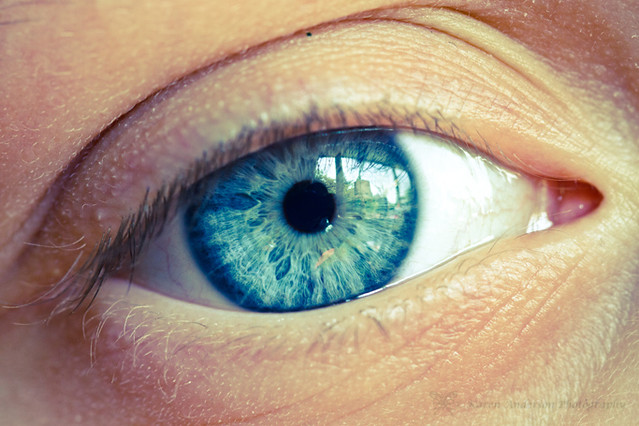 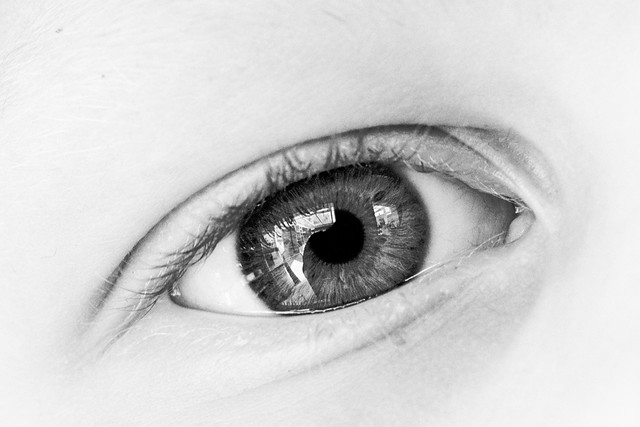 and just for a bit of fun, a different type of eye 🙂 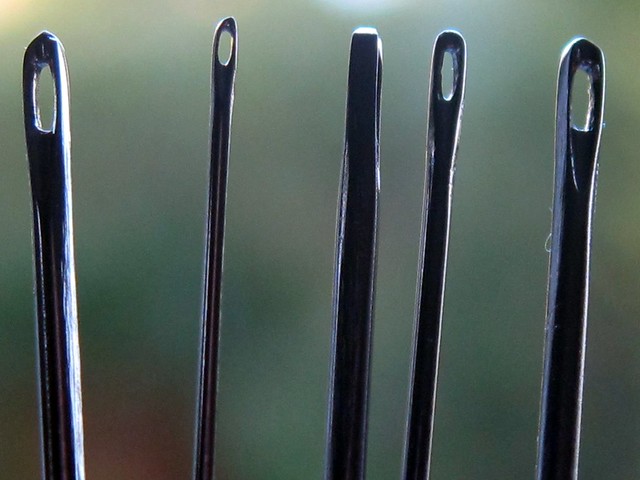 “Lost – yesterday, somewhere between sunrise and sunset, two golden hours, each set with sixty diamond minutes. No reward is offered, for they are gone forever.” 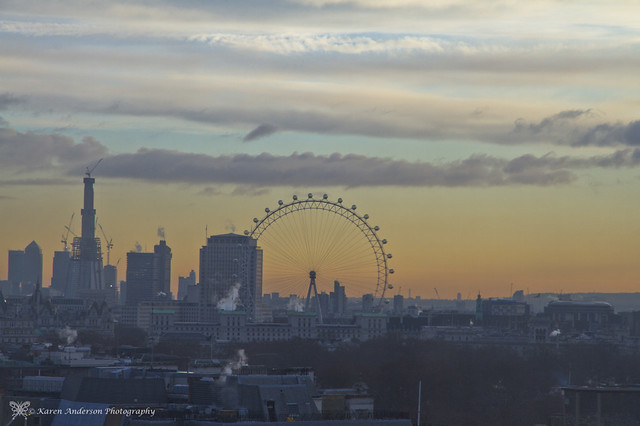 Everyone at one time or another has been in awe of the beautiful red and orange colours of a sunrise or sunset. Although colourful sunrises and sunsets can be seen anywhere, certain parts of the world are especially famous for their twilight hues. 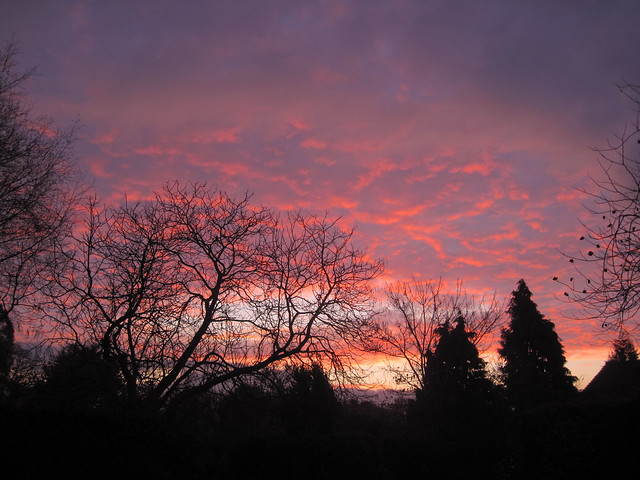 In the days before weather forecasts, people often turned to sayings and proverbs to provide some sort of indication of what the weather would be like in the next day.

The saying is actually most reliable when the weather systems predominantly come from the west as they do in the UK. “Red sky at night, shepherds delight” can often be proven true, since red sky at night means fair weather is generally headed towards you.

A red sky appears when dust and small particles are trapped in the atmosphere by high pressure. This scatters blue light and leaving only red light to give the sky its notable appearance.

A red sky at sunset means high pressure is moving in from the west so therefore the next day will usually be dry and pleasant. “Red sky in the morning, shepherds warning” means a red sky appears due to the high pressure weather system having already moved east meaning the good weather has passed, most likely making way for a wet and windy low pressure system.

A folklore myth that whatever the weather is like on 15 July will be how it is on the following 40 days and nights.

A ring appearing around the Moon or Sun may also be a result of a Corona. Where the formation of a Halo is due to light refraction, a Corona is formed from light being diffracted. As the light travels through the cloud, it is deflected around the water droplets. This causes a Corona which appears as a circle around the light source.

This weather proverb carries some truth if you consider the various air masses that affect Britain and its weather. The air mass coming in from a North- Easterly direction is the Polar Continental; record low temperatures have been seen due to this air mass affecting Britain. This air mass originates in places such as Eastern Europe and Russia to affect Britain with bitterly cold winds in winter and dry, warm winds in summer although it is usually only apparent in Britain during winter (between November and April).

This weather proverb originates from a nautical background when different cloud types were used to determine whether sails needed to be lowered. Also referred to as just a ‘mackerel sky’, it is associated with altocumulus clouds while ‘mare’s tails’ refer to cirrus clouds. Both could develop before the instance of a storm which would lead to the lowering of the ships sails. Altocumulus clouds appear when there is a certain level of moisture in the air suggesting rainfall is approaching. The term “mackerel sky” comes from the clouds resemblance to the the scales of the fish mackerel.

This refers to the fact that weather systems tend to be variable and move through the UK fairly quickly with the westerly flow off the Atlantic. Whilst this can sometimes means that a low pressure front may have moved through in a morning, this is not always the case and rain can and often does stay around for longer than a morning.

Whilst this saying may sometimes be true, it is far from reliable. 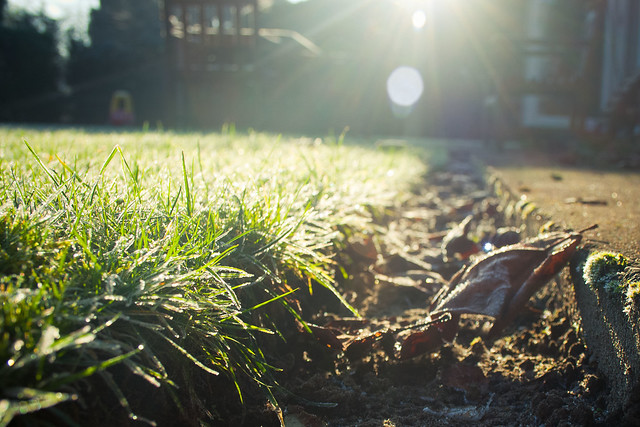 Another benefit of watching the sun rise is catching those first warm tones as the sun low in the sky starts to warm up the world on a frosty winters morning.

The prompt this week on the daily post was “get up early and explore the morning light”, I am not really a early bird, much preferring to watch the sunset, but in the winter months when the sunrise is at a more “social hour” I often head outside, if it looks like the sunrise will be a picturesque one. The only time I really get a chance during the summer months is when my kids are at school and I am on holiday as at any other time my photography time can be a little on the restricted side, as my family for me always has to come first.

I’ll tell you how the Sun rose

I’ll tell you how the sun rose,–
A ribbon at a time.
The steeples swam in amethyst,
The news like squirrels ran.
The hills untied their bonnets,
The bobolinks begun.
Then I said softly to myself,
“That must have been the sun!”

But how he set, I know not.
There seemed a purple stile
Which little yellow boys and girls
Were climbing all the while
Till when they reached the other side,
A dominie in gray
Put gently up the evening bars,
And led the flock away.

All the weather information was found on The Met office website 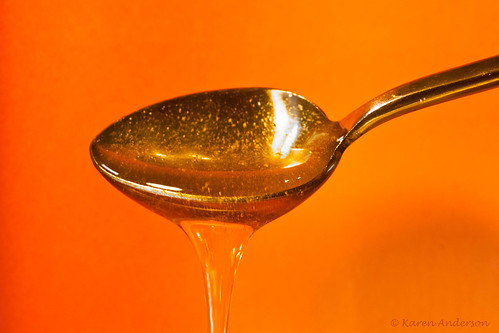 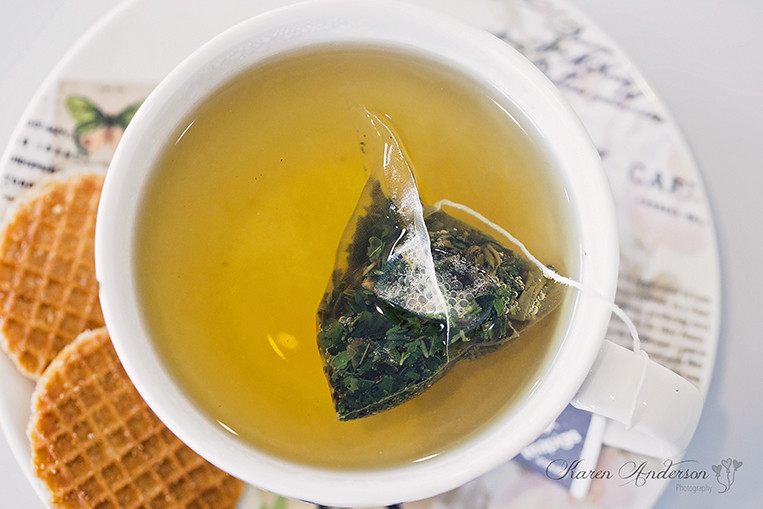 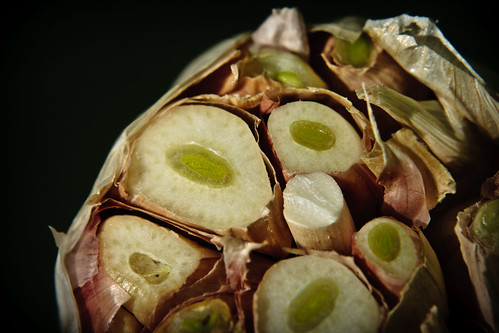 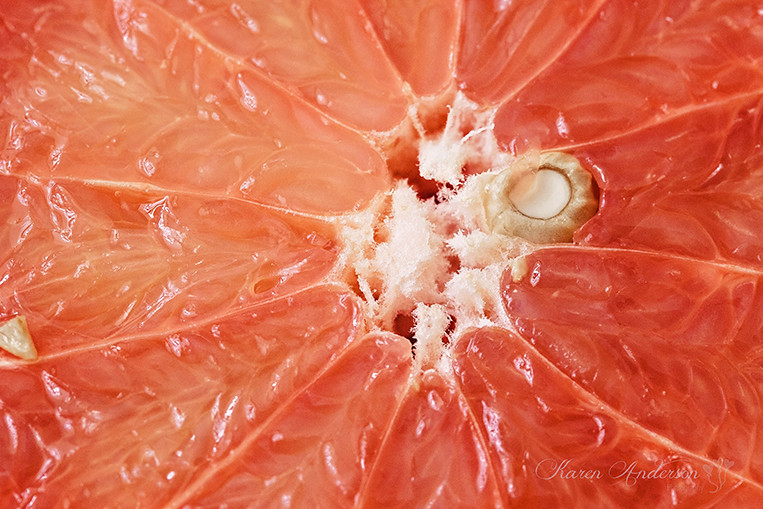 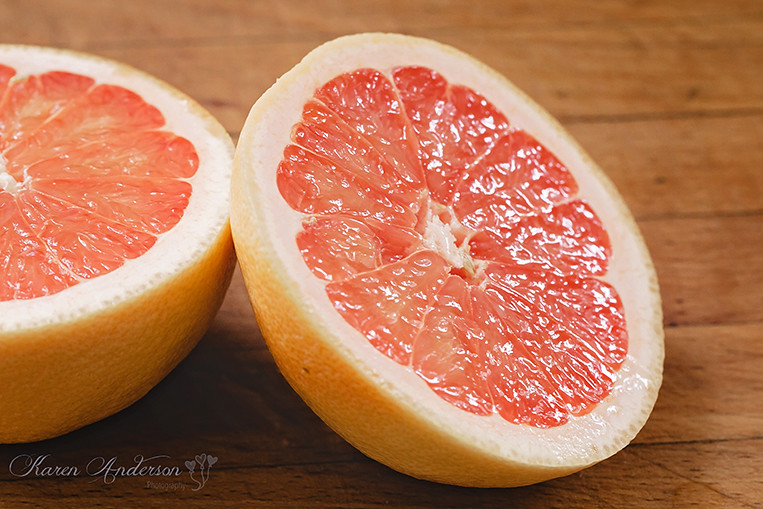 Creativity is allowing yourself to make mistakes. Art is knowing which ones to keep. – Scott Adams 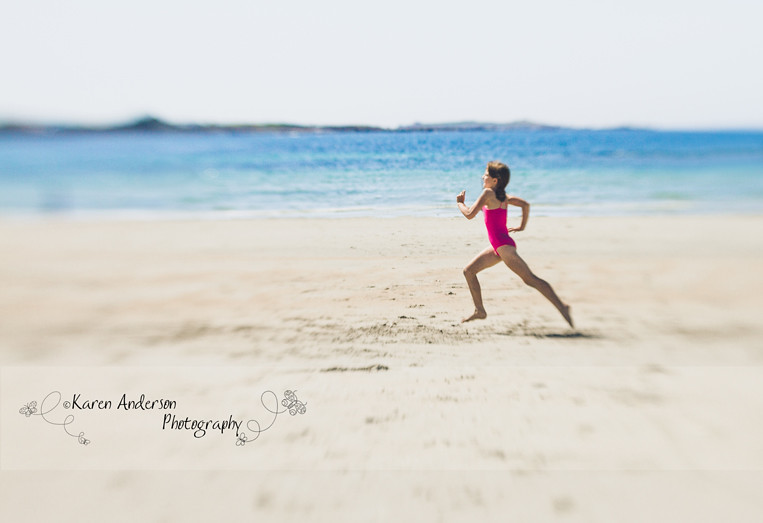 Run, run as fast as you can

The Lensbaby lenses are manual-focus tilt-shift lenses that allow a photographer to creatively explore selective focus and blur. It can help the subject of your photo stand out more (or less, depending on your desired effect). 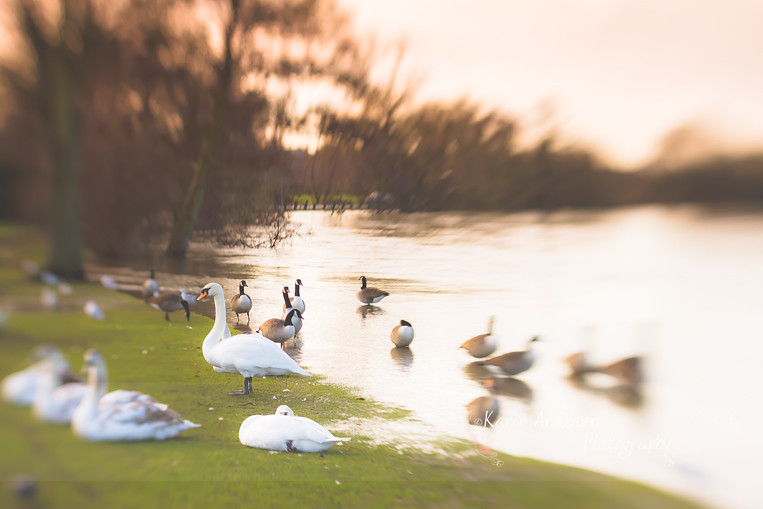 Sometimes it can even create an effect that makes it look like your subject is in motion. 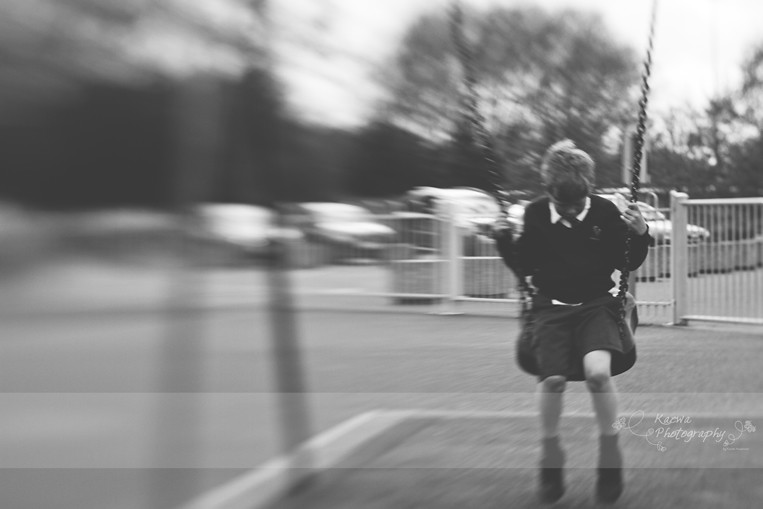 The look they create does not appeal to everyone, however, the images they create are very unique, and a lot of fun. I happen to be a huge lensbaby fan. It is one of my lenses (as well as my macro that is!) that is always in my camera bag. It consist of two parts – lens body and lens optic. I have a composer pro lensbaby lens body and a variety of optics which are interchangeable: sweet 35 (35mm), edge 80 (80mm), macro converters and the  double glass optic (50mm). I hope one day to get the pinhole optic, the soft focus optic and the zone plate optic. By far, my most favorite lensbaby optic so far is the edge 80, I just love the look. It creates a slice of focus through the frame, blurring out the rest.

This post is in response to the Daily Post weekly challenge of “blur”, the brief being “A throwaway shot, or purposefully unfocused? This week, find beauty in a blur.”. I immediately thought of my lensbaby with the word blur 🙂